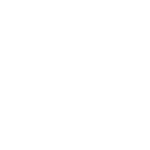 BMW Motorsport presented the programme for 2015 in Nuremberg, revealed the race cars of the season and offered an exciting Sunday to numerous fans and VIP guests.

Cooking tyres, spectacular motor sound, enthusiastic fans: Within the scope of an action-packed show BMW presented the motor sport programme for the 2015 season in front of thousands of spectators. It was the first time that the annual BMW Motorsport Car Launch was taking place in Nuremberg, not far from the home of the reigning DTM Champion Marco Wittmann. Under the bright sunshine Wittmann and the further factory drivers thrilled the fans with rides in current race cars like the BMW M4 DTM, BMW Z4 GT3 and the BMW M235i Racing, with taxi rides in the historical BMW M3 and in the BMW M3 GT2 as well as with numerous autograph sessions.

“Before the beginning of the DTM season the BMW Car Launch has developed into a very popular tradition for us and especially for our fans. It’s a special highlight for us to have the honor to be the guest in the home of our DTM Champion this year”, says BMW Motorsport director Jens Marquardt. “An action-packed racing season is expecting us in 2015 – and again BMW is going to be represented on many stages. This also includes the DTM in which we are competing as defending champion and will be the one to be chased.” (Source code – Motorsport-total.com).

The team of eila was responsible for the fair construction and catering in the VIP area and took care of the fact that a lot of highlights were to enjoy even during the break times. We established a lounge on the first floor of the BMW branch which had a coffee bar in the heart where the whole press activities like interviews could take place. A rich buffet with some live-cooking stations according to the motto “fresh from the market” was extended on the second floor.
Contact
New Collection

Are you looking for Audi Sport customer racing?